During the coronavirus lockdown, I am taking the opportunity to look back through the archives of photos from past club tours. This one was a four day ride we did over the Easter long weekend in 2016.

I believe the ride was organised by Pete Sig, and was planned as a 4 day tour, starting from Castlemaine and heading out to Newbridge and Melville caves, then back to Dunolly and returning to Castlemaine.

Although most people, constrained by their work, only had 4 days, Edmund and I had the Thursday free, so we caught the train up to Bendigo on Thursday morning to do the Coliban water channel trail to Castlemaine. The trail is (mostly) really good, we climbed a bit to get out of Bendigo to the reservoir, and then the trail follows the water channel. It was flat, taking us through bush land, with some farm paddocks near by. The only drawback was a few gates along the way where the trail crossed roads; the openings were so narrow that it was impossible to fit the bikes through. I believe the gap was too narrow for the handlebars, and we had to resort to removing the panniers and lifting the bikes over. This was rather annoying, but fortunately there were only a few such gates.

We soon came to a point where the water channel went into a tunnel to go under a ridge. Unfortunately for us, the cycling trail didn’t go through a tunnel as well; it went up and over the top of the hill, up a very steep and slippery climb. Both of us had to walk up it. Not long after that, we came to a road, and after checking the map we decided to take the road from there into Harcourte and Castlemaine, so that we would get there before dark.

The following morning, Edmund and I met the rest of the group who caught the train. Looking back now, I can only assume that we went to get coffee and cake somewhere in Castlemaine before we headed out to Maldon, but I don’t remember where. We also split into two groups, as Edmund, John, and I decided to cycle alongside the train line from Muckleford through to Maldon (following what’s now the route of the Castlemaine – Maldon rail trail), while the others opted to go via the sealed road.

After Maldon, we cycled out through Laanecoorie, and then on to Newbridge where we camped in a rec reserve on the bank of the Loddon river; conveniently situated a few hundred meters from the pub. And yes, we did go to the pub for dinner.

After we left Newbridge we had to take enough supplies for the next two days (until we reached Dunolly) so we spent a bit of time buying anything we needed from the general store. We went from there out to Melville caves along a delightful combination of dirt roads, having only one mechanical incident; as I recall John’s chain broke, and he had to repair it on the roadside (I don’t remember if he had a spare link or if he just removed a link).

We went the back way into Melville caves, rather than the main road; although both routes go up quite steep climbs, the main road is sealed. The back way was gravel, but quite firm not slippery, so I was able to climb it ok, although a few of the others ended up walking the steepest part. The camp site was reasonably popular since it was the Easter weekend, but we found ourselves a spot to put our tents, and then went to do the walk to the summit. Note that there are no actual caves (in the sense of limestone caves) at Melville caves, but there are some spaces formed underneath large granite boulders.

We spent the night at Melville caves, and the next day we headed on to Moliagul. Looking back now, I’m not sure precisely what route we took, but we did go and visit the historical marker where the welcome stranger nugget (gold, not any other kind of nugget) was discovered. From there we went on to Dunolly where we camped.

The following day, most of the group headed back to Castlemaine to return to Melbourne for various committments (like work) after the long weekend. However, Edmund and I didn’t have to be back in Melbourne (I was doing casual work at the University back then, and I believe the week after Easter was a university holiday), so we had decided to do a slightly extended tour.

We all went to the bakery in Dunolly for coffee and cake, and then Edmund and I headed towards Maryborough, going via Timor, where we had a look around the relics of a former gold mine.

We had lunch in Maryborough, then continued on, ultimately to Clunes, via Talbot, and we explored a few gravel roads along the way as alternatives to the main road.

We spent the night at the caravan park behind the main street of Clunes, and the next morning (presumably after visiting one of the cafes) we headed towards Smeaton, and Creswick after that. Unfortunately for us, the wind was not entirely favorable; although not entirely a headwind it was a very strong crosswind, in quite open country. We came to a point a few km from Smeaton, and met another cyclist who said it would be quicker if we turned off and didn’t go to Smeaton. Checking the map, we decided to take his advice, which also took us over an historic bridge, significant as it was one of the earliest bridges built by John Monash.

We had lunch at Creswick (I can’t remember if the French patisserie was open that day), and then continued on, taking the “scenic route” from there to Ballarat. We went through the state forest down to White Swan reservoir, then along sealed roads into Ballarat, from where we got the train home. 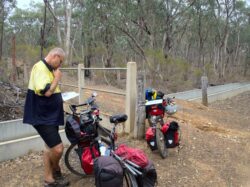 Edmund checking the map on the Coliban water channel track 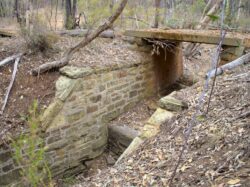 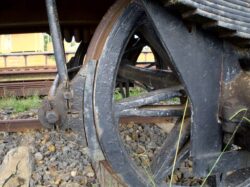 Detail of the wheels. Early railway wheels were made with wrought iron (as these appear to be), until foundries developed the ability to cast objects as large as rail wheels & axles. 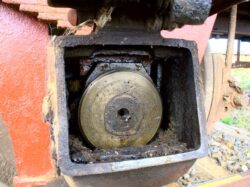 Detail of the journal bearing 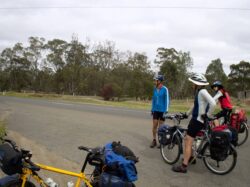 Pete Sig, Dave, and Margaret, regrouping on the way to Melville caves. 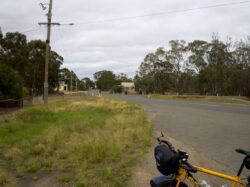 Heading out of Newbridge to Melville caves 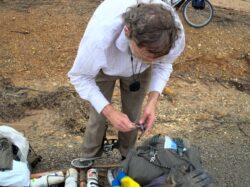 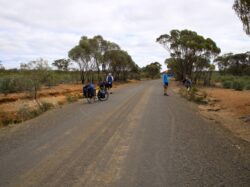 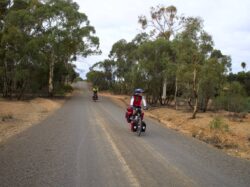 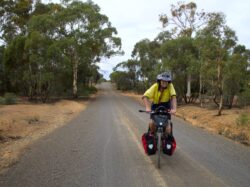 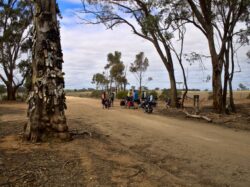 Stopped to regroup on the way to Melville caves. Need shoes, anyone? 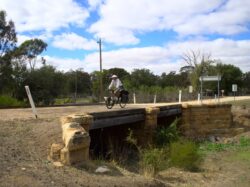 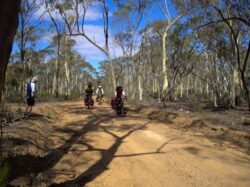 Close to the final climb to Melville caves 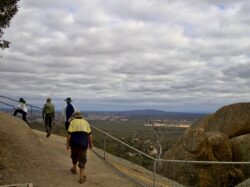 Margaret, Peter, Dave, and Edmund on the walk to the summit 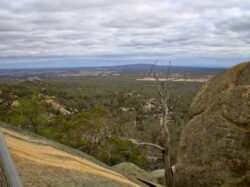 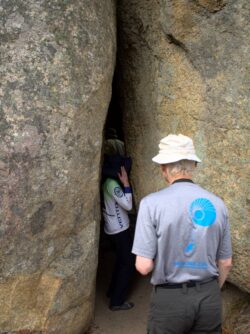 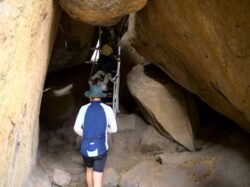 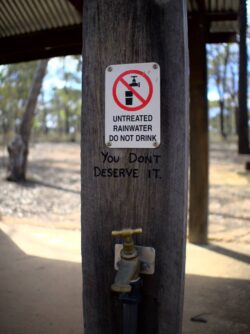 Back at the campsite 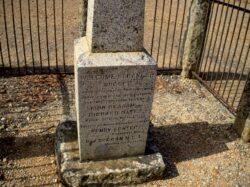 At Moliagul. Tl;dr someone discovered a rather large chunk of gold, triggering a wave of frenzied migration. 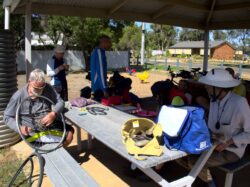 Glenn repairs a broken spoke when we stopped for lunch. 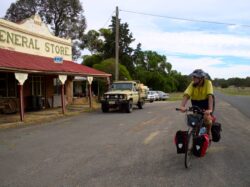 Relics of the former Grand Duke mine, Timor 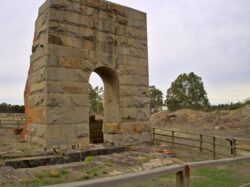 Grand Duke mine relics. I believe this was once part of a pumping station to remove groundwater that would otherwise flood the mine 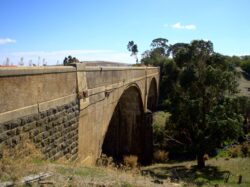 Historic bridge between Clunes and Smeaton.

Vale Darren Room. Much loved and respected elder club member, passed away suddenly recently. Funeral is to be on Thursday 19th January. Further details to come.Darren kept us entertained at the Xmas BBQ with his good humour and compliments. ... See MoreSee Less

Over the Hakataremea Pass (the 'Haka Pass') with scattered showers and some BEAUTIFUL views of the Southern Alps ... See MoreSee Less

Asking for a friend....does anyone have a suspension, alumin., cross bar bike sitting under their house...Woman's sizing.Just getting a run around going to inspect potential bikes. (lots of junk) ... See MoreSee Less
View on Facebook
· Share